‘And there was me thinking they’re a protected species,’ said Lu-Tze, leaning his broom against a tree.

‘They’re only a kind of troll. Who’s going to protect them out here?’ said the hunter. Behind him, the local guides, who did know Rule One, turned and ran.

‘Oh?’ said the hunter, and this time the grin was nasty. ‘You don’t even have a weapon.’ He turned to look at the fleeing guides. ‘You’re one of the weird monks from up in the valleys, aren’t you?’

‘And there’s fifteen of us,’ said the hunter. ‘Well armed, as you can see.’

‘It’s very important that you are all heavily armed,’ said Lu-Tze, pulling his sleeves out of the way. ‘It makes it fairer.’ He rubbed his hands together. No one seemed inclined to retreat. ‘Er, any of you boys heard of any rules?’ he said, after a while.

‘Rules?’ said one of the hunters. ‘What rules?’

‘Oh, you know,’ said Lu-Tze. ‘Rules like… Rule Two, say, or Rule Twenty-seven. Any kind of rules of that sort of description.’

The leading hunter frowned. ‘What in damnation are you talking about, mister?’

‘Er, not so much a “mister” as a small rather knowing, elderly, entirely unarmed, weird monk,’ said Lu-Tze. ‘I’m just wondering if there is anything about this situation that makes you, you know … slightly nervous?’

‘You mean, us being well armed and outnumbering you, and you backing away like that?’ said one of the hunters.

There was a certain amount of bewilderment amongst the hunters. ‘Is it a book?’ said one who was slightly intellectual. ‘How many words?’

‘What I’m trying to find out here,’ said Lu-Tze, ‘is whether you have any idea what happens when a lot of big armed men try to attack a small, elderly, unarmed monk?’

‘To the best of my knowledge,’ said the intellectual of the group, ‘he turns out to be a very unlucky monk.’

No, it’s absolutely forbidden, cos it’s Interfering With History.

Look, that’s why there’s rules, understand? So that you think before you break ’em.

“What will you do?” said Susan.

The barman everywhere is from there. Strange country. Big time-source right in the middle, very useful. Time and space all tangled up. Probably all that beer. Nice place, though.

One Auditor said, You persist in using a personal pronoun.

And one added, And you have not died! To be an individual is to live, and to live is to die!

“Yes. I know. But it is essential for humans to use the personal pronoun. It divides the universe into two parts. The darkness behind the eyes, where the little voice is, and everything else. It is…a horrible feeling. It is like being…questioned, all the time.”

One said, What is the little voice?

“Sometimes thinking is like talking to another person, but that person is also you.”

It’s happening already, thought Lady LeJean. It’s in the darkness where your eyes can’t see. The universe becomes two halves, and you live in the half behind the eyes. Once you have a body, you have a “me.”

I have seen galaxies die. I have watched atoms dance. But until I had the dark behind the eyes, I didn’t know the death from the dance. And we were wrong. When you pour water into a jug, it becomes jug-shaped and it is not the same water anymore.

In order to fear, you had to be a me. Don’t let anything happen to me. That was the song of fear.

“Imagine…that there is a jigsaw, all in pieces. But…I am very good at spotting edges and shapes. Very good. And all the pieces are moving. But…because they were once linked, they have by their very nature a memory of that link. Their shape is the memory. Once a few are in the right position, the rest will be easier. Oh…and imagine that all the bits are scattered across the whole of eventuality and mixing randomly with pieces from other histories. Can you grasp all that?”

“Good. Everything I have just said is nonsense. It bears no resemblance to the truth of the matter in any way at all. But it is a lie that you can…understand, I think. And then, afterward—”

“You’re going to go, aren’t you,” said Susan. It was not a question.

The mud-city people and the skin-tent people, they’d known instinctively that the world swirled perilously through a complex and uncaring multiverse, that life was lived a mirror’s thickness from the cold of space and the gulfs of night. They knew that everything they called reality, the web of rules that made life happen, was a bubble on the tide.

LOOK AT THE HAND. FOUR FINGERS AND A THUMB. A HUMAN HAND. HUMANS GAVE YOU THAT SHAPE. AND THAT IS THE WAY IN. LISTEN! DO YOU NOT FEEL SMALL IN A BIG UNIVERSE? THAT IS WHAT THEY ARE SINGING. IT IS BIG, AND YOU ARE SMALL, AND AROUND YOU THERE IS NOTHING BUT THE COLD OF SPACE, AND YOU ARE SO VERY ALONE.

“Do you really think so?”

“I am learning to. Humans believe they are.”

“The thing is…I mean, there’s times when you look at the universe and you think ‘What about me?’ and you can just hear the universe replying, ‘Well, what about you?’”

“Wen wrote…well, the Secret Scroll, it’s called. They keep it in a locked room. Only the abbots and the most senior monks ever get to see it.”

Lobsang couldn’t let that one pass.

“Well, you wouldn’t expect men like that to do the sweeping up in there, would you?” said Lu-Tze. “Terribly dusty, it got.”

“What was it about?”

One of life’s little certainties, is that there is generally a last chocolate hidden in all those empty wrappers.

Against one perfect moment, the centuries beat in vain.

Even with nougat, you can have a perfect moment. 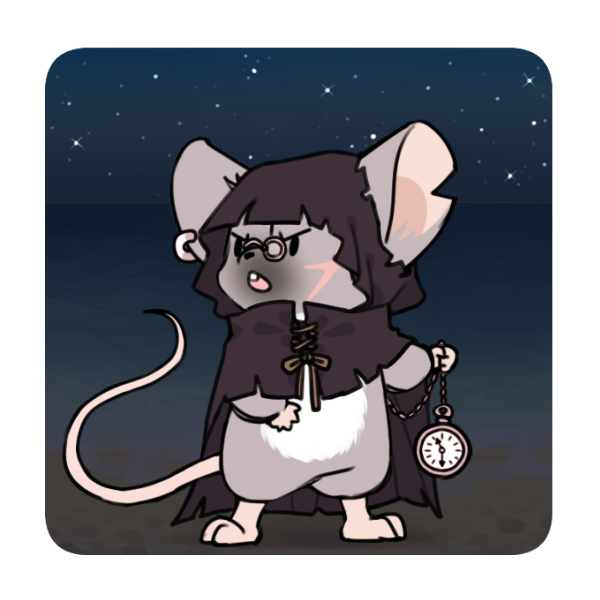